Here we are in marvellous May,

And what an amazing start to the month it has been for Leicestershire. We work predominantly across Northamptonshire and Leicestershire, and of course May has seen two great sporting achievements for Leicester. Not only are Leicester City Football Club, Premier League Champions, but there has also been great success with local boy Mark Selby, winning the World Snooker Championships.

What will this do for the county? I would imagine quite a lot. In terms of the local economy, these sporting successes should have a great knock on effect for tourism and trade. The next year for Leicester City Football Club alone, with sponsorship and merchandising around the world will be phenomenal. They are set for a potential £150m boost for winning the Premier League title, and the club will feature in the UEFA Champions League next season, taking them to an even larger European and world TV audience.

Also, optimism in the area will be at an all-time high. The story of Leicester City FC and Mark Selby, will be great influencers for our young people across the UK. Dream big, put the work in, never give up, and great things can happen. If the rumours are true, there is also a Hollywood film in the making!

There are also great lessons to be learnt from Claudio Ranieri and how he has bonded the Leicester side. When he took over at Leicester, nobody thought he was up to it. But he has proven that by focussing on the players and encouraging teamwork, great things are possible. He has bonded the side to such a degree that they chose to holiday together during the international break in December. They also all gathered at Jamie Vardy’s house to watch the Tottenham vs Chelsea game together, the result of which made it official that they had won the Premier League title. Ranieri has done things his way, and the proof is in the pudding. 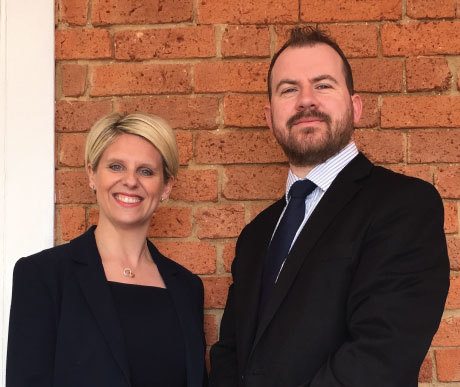 With the taste of success in the air, I have made a great signing to my Vanilla team this month. I’m very pleased to formally welcome Aaron Buffery to team Vanilla. Aaron has joined us to specialise in senior accountancy and finance recruitment. He is a great addition to the team with a wealth of experience in senior level recruitment, having most recently worked for a Top 100 recruitment firm in London.

Living in Harborough with his wife and two children, the eldest having started school in September, he won’t miss his daily long commutes. He will be specialising in industry and practice roles for part and fully qualified accountants.

“Joining the team at Vanilla is a great opportunity for me. I’d always thought that working in recruitment would mean I’d have to get used to long commutes and missing out on everyday things like doing the school run.”

“Being in Market Harborough for work has already changed so many aspects of my life. I know that sounds like a big claim but it really has. I can now walk to work, drop my son off at school and help my wife with the children’s bedtime routine. We’re all so much happier already.”

Being able to attract someone like Aaron to Vanilla, is testament to how people focussed we are. I put a lot of effort into our employee engagement and I support my team to help them achieve a healthy work/life balance. Having happy people within the company is really important to me and being a mum of two young children myself, I understand how much simpler life can be when you work close to home.

If you’d like to have a chat with Aaron about accountancy or finance roles within your business, you can contact him here.

Finally, I’d like to touch on the recent Recruitment and Employment Confederation (REC) press release about the general recruitment market.

From their Jobs Outlook survey, they have reported that:

This is all great news for businesses as it shows there is optimism in the market.

They have also reported that temporary placements have grown at their fastest pace over the last four months. And that the number of people placed in permanent jobs continued to increase during March.

An on-going theme though is that candidate availability remains tight. They say that the number of people available to fill job vacancies has continued to drop in March. And has declined to its slowest pace in two and a half years.

Something else to bear in mind is that starting salaries for people placed in permanent jobs has continued to rise in March. The REC reported that the rate of growth remained strong, having quickened slightly since February. Hourly rates of pay for temporary/contract staff has also increased at the sharpest pace in three months.

What does this mean for you…?

I would say that overall the news is good but if you are looking to recruit, you need to act quickly once you’ve found the potential employee you like. Job seekers remain hot property, and your recruitment process might be taking longer at the moment than in the past, because of the lack of available people in the market. But once you find the right person, you will need to move to offer stage quickly to try and secure them, and you might also need to be more flexible with your starting salary offer.

So all in all, May has started really well and even the warmer weather has arrived to further increase the sunny atmosphere.

Have a great month.